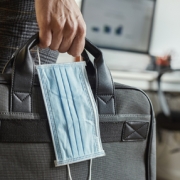 JobKeeper deadlines for the second extension period have now been extended by the ATO ahead of the festive season.

Completion of the December business monthly declaration, for employers to be reimbursed for payments between 23 November 2020 and 3 January 2021, has also been extended from the usual 14th of each month to 28 January 2021.

To account for the New Year weekend, the Tax Office will also allow employers to meet the wage condition for payments between 21 December and 3 January 2021 by 4 January 2021.

Entities will be required to demonstrate that their actual GST turnover has declined by the requisite shortfall for the December 2020 quarter, with the ATO to make the new decline in turnover form available on its systems from 4 January.

New employers enrolling for the first time, and existing employers, will be required to submit the decline in turnover form by 31 January.

Employers will also be given until 31 January 2021 to meet the wage condition for fortnights starting on 4 January and 18 January 2021.

The new dates come as statistics released by the government show that 450,000 businesses stopped accessing JobKeeper after eligibility was tightened at the end of September.

The number of Australian workers on JobKeeper also fell from 3.6 million recipients at the height of the program to 1.5 million by the end of November.

Treasurer Josh Frydenberg said the lower-than-forecast take-up of JobKeeper was evidence that economic recovery was well underway in Australia.